From Sir to Count - Psychological Antidotes and Soul Prescriptions

From Sir to Count 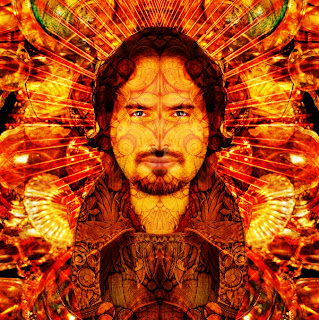 This album sheds light on the inner struggles one may face. A personality that is fighting its way out from underneath your own skin. Often times this album dwells within darker realms. Occasionally brightening up to uplift you with gentle words of positivity and reinforcement. This album is largely a poetic, spoken word style album backed by catchy beats and psychedelic instrumentation. The vocalist whispers his truths and presents them as one would while acting in a play. Full of character and individual direction.

This album appears to be a concept album because it seems to document his own introspective understandings in way that grows track by track. He emulates these disturbed characters that remind me of "Rob Zombie" at times. The artist is digging deep into himself and openly laying it out on a canvas for everyone to see. My top three songs for this album are:

1, To The Ocean
"Let the wrong words leave you, let the mind be at peace. Clean away all your worries to the ocean, let them free." This song has a very strong positive message which is uplifting. A good song to toss into the mix. It truly gives the album more space to breathe. His voice is calm as the ambient bliss compliments his tone. Soothing and cleansing. By far my favourite song on the album.

2, Never Loved You (Half Moon Remix)
This defiantly reminds me of "Rob Zombie" or even the artist "Wet Cat". This song is punchy and grabs your attention. His voice quietly growls "I never loved you!" Strong hooks and great songwriting on this track for sure. Sad, but not in a way that brings you down. For example, perfect song for getting over a messy relationship.

3, To The Moon
This song is both mellow and psychedelic as it is direct and meaningful. "You can take a rocket ship to mars, remember darling. The feeling lives in you." A struggle many of us under go. We run from problems within. No matter how far we go or how hard we try, we are still host to the original problem. It festers deep into our bowels until maybe one day we can forgive ourselves and set it free.

This album is uplifting because I can clearly see forward motion, but the struggle has not concluded. The artist is deep within the thick of it but is climbing his way out of the twisted wreckage he depicts in his songs. If you find yourself in a similar situation then this album is perfect for you. Give it a listen!